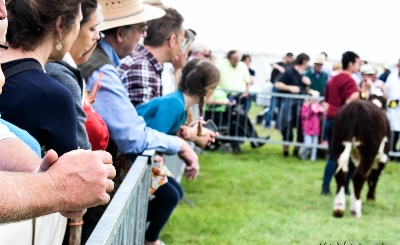 The founding of the Society is well documented. In March 1755 a group of sixteen men mostly county landowners met at the Golden Lion Hotel in Lion Street, now the site of Bethel Square.  The objective of the meeting was to form a hunting club, in the event they decided on a different endeavour.  Mr Charles Powell of Castell Madoc, Lower Chapel had been in correspondence with the Gentlemen’s Magazine which was followed by discussions with Col Williams of Gwernyfed and Pendry Williams of Penpont.  The meeting resolved that it would form a group to “do something to support and encourage Agriculture, Manufacture and promote the general good of the County of Brecon”.  This having been agreed they met again in April and formally established the Brecknockshire Agricultural Society.

The annual show held on Watton fields is the visible public activity of the Society.  The Society was founded in 1755 and has continued without a break until the present day and is in fact the oldest surviving agricultural society in the UK.  In 2020 the society celebrated its 267th Anniversary.

The Society is a limited company and charity and it is run entirely by volunteers with the exception of a part time Society Administer.  A general committee of no more than 40 members oversees the activities of the Society including the Show.  A Chairman and Vice Chairman are elected for a two year term of office and a Show President/Presidents are elected for each year. On show day there are over 200 volunteers helping to the run the event. 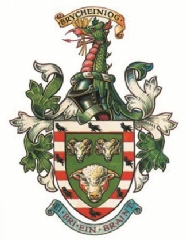 Patron: HRH The Prince of Wales

Mitchell and Meredith of Brecon

(A Company Limited by Guarantee)

The Brecknockshire showground is a very pleasant green field site situated in the historic town of Brecon and well placed within the heart of the beautiful Brecon Beacons National Park and Usk Valley panorama. Our 36 acres of prime land are ensconced by an Area of Outstanding Natural Beauty which helps create a wonderful atmosphere at the location. The showground is both close to the amenities of Brecon town and the stunning backdrop of the Brecon Beacons. The site is within convenient reach of the M4 corridor the A40 and A470 and the drive to the same is most scenic.

The approximate travel times to Brecon are: From the Severn Bridge - 1 hour
From Cardiff - 45 minutes
From Hereford - 1 hour
From London - 3.5 hours

The site is available to hire in its entirety or in part depending on your requirements.

Our long experienced Show Directors and staff will be on hand to provide assistance in respect of your event management and planning.

With utility supplies of water and electric.

Proximity to River Usk, Brecon and Talybont canal, towpath, theatre and all other town amentities and attractions.

Recent and Previous events include:-

All interest in our Showground is welcomed.

Please feel free to discuss your requirements with our Secretary:

Presidents' Day on Sunday 15th May.

The Presidents' welcome your support to make the day an enjoyable one amongst friends.

Tickets are now available from the Secretary priced £20.00. To aid table planning it would be appreciated if you could organise yourself a table of 10 friends/family.